After a good night's rest, we spent a relaxed morning at the catfish campground eating breakfast, showering, and packing up. Our neighbors gave us hot chocolate to drink with our breakfast! People are so nice!

Our plan for the day was to find the Walmart in town, buy a camera, get a new bike computer, and do some biking. The bike computer we had bought only a week or two earlier was now non-functional, still haywire. We pedaled into the Walmart parking lot just before they opened. It felt funny to be waiting around for the store to open with the dozens of others. The only stores out here that have the things we need are the big box stores, for better or worse.

But sometimes, even the big box stores don't have what you need. This Walmart had been out of bike computers for a few weeks, but no one had reordered them. We did decide on a camera to try, though, even if we choose to return it when we find a better one. We bought a Nikon that seemed to be somewhat similar to our Panasonic that died. We weren't thrilled, but at least we'd have something to take pictures with. 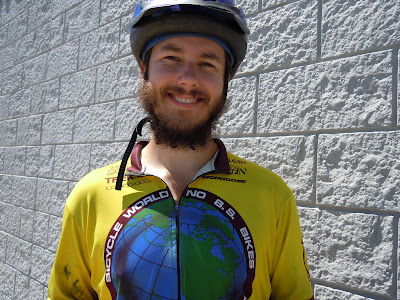 The first shot taken with our new camera. It's Brett!
It was slow going. The wind wasn't with us today. In fact, it was coming pretty much straight at us. We started heading west once more, this time on Route 13. “Flat and windy” says about all you need to know for a long stretch. One of the biggest (if not THE biggest) hill we saw all day was the one up and over the bigger highway, Route 29. We couldn't find any momentum against the wind, and it was pretty hot to boot. We tried to look for a good resting spot in Mooreton, but just as we sat down to do some writing and eat a nice snack, a really annoying man came walking over. 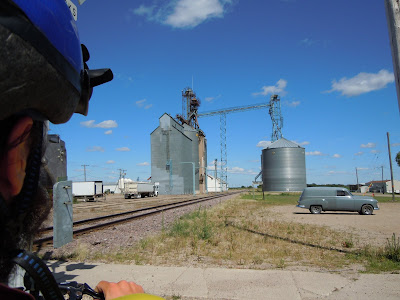 Most towns around here are on the rail lines and have something that looks like this. This one is in Mooreton.
He was smoking a cigarette, and was the kind of person who mostly talks at people rather than listens. Right away we didn't like him, but it just got worse. He was standing upwind of us with his cigarette, and his little dog was running around all over the place. He made lots of assumptions about us, and we started to just ignore him while we started to pack up. He finished his cigarette...and lit another as he told us how much money he made each year for doing nothing but renting his acres of land out to farmers. Blah, blah, blah. He did say one semi-interesting thing about the geography of the area, but we weren't really listening anymore.

It took us several miles to work out the frustration of having our nice spot snatched away by the annoying man, but finally we put him out of our mind. Jenny spotted a hay bale by the side of the road that looked particularly nice and she decided that we had to stop so that she could go climb on it. If you've never been up close to a real live hay bale (the cylindrical ones), let us tell you, they are bigger than you would think. Jenny's first attempt to climb up ended with her laughing and laying flat on her back on the ground. 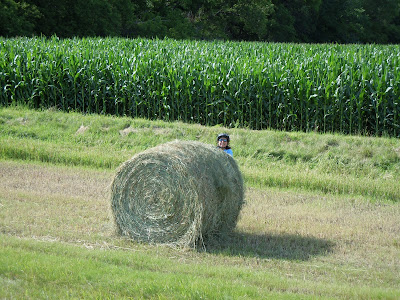 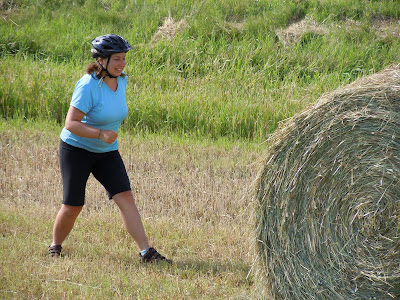 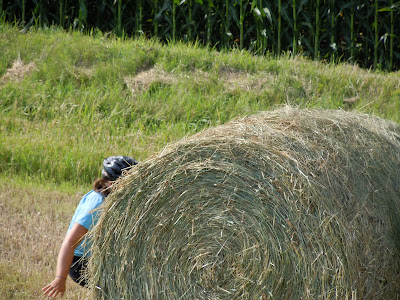 There was a "jump" in there that the camera missed. 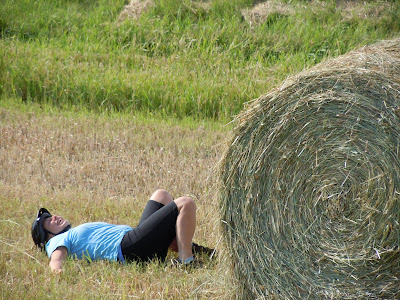 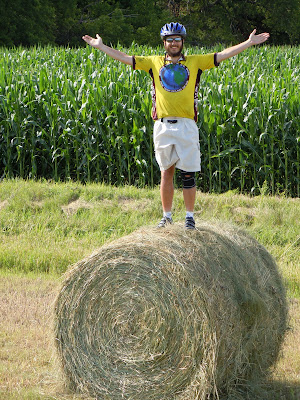 Brett shows how it's done! 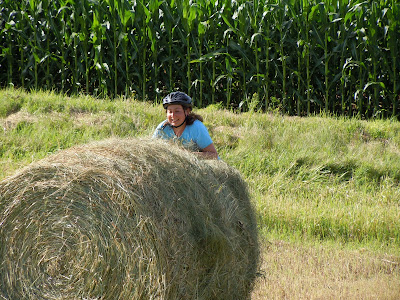 Jenny gives it another shot... 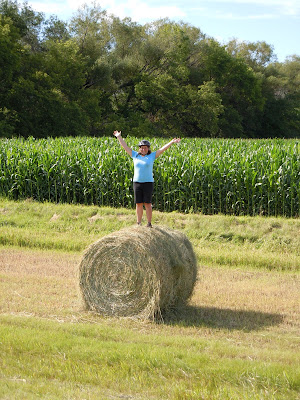 And she makes it up! Yay!
As we got a little more used to it, we started to like our new camera. It seems to take really nice photos easily, and we're learning how to use it quickly enough. We tried to take pictures of the birds of prey we saw. We see so many out here, but they are hard to get a good picture of to share. Jenny tried to get some to stay sitting while we got closer by imitating their loud, piercing calls, but it mostly just annoyed Brett and the majestic birds flew away anyway. (Brett wasn't that annoyed, really.) 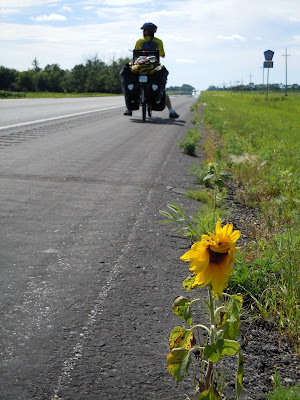 Sunflowers grow all along the sides of the roads here. They are beautiful.
After a long day, we were ready to be finished when we made it to the town of Milnor. The day had been quite hot, but there were lots of clouds, too. We drank lots of water, but we were really just done. We asked at a convenience store about camping, and the clerk pointed us to a town campground by the athletic fields. We didn't see any signs about camping there, so we guess they were free. There was even electricity there! 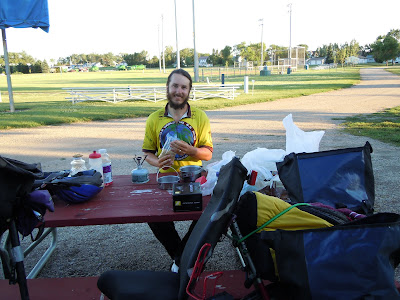 Brett cooks up some yummy food for dinner after a long day pushing against the wind. 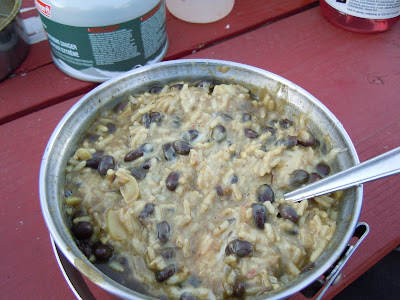 Rice and beans and cheese. It doesn't look like much, but it tasted so good!
At first there weren't mosquitoes bothering us, but by the time dinner was halfway cooked (a delicious goop of rice, black beans, and cheese) the little buggers were swarming. Jenny ducked into the tent to set up the sleeping arrangements. Brett got the shift with the bugs, cleaning up dinner and staking the tent's rain fly down. By the time we had everything set and went to bed, it was 10:30. Whew!

Here are some additional shots from our day. We're so happy to have a camera again! 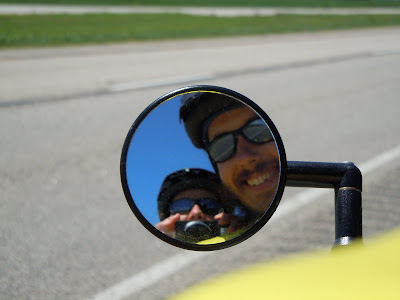 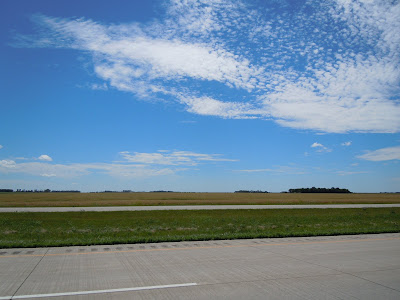 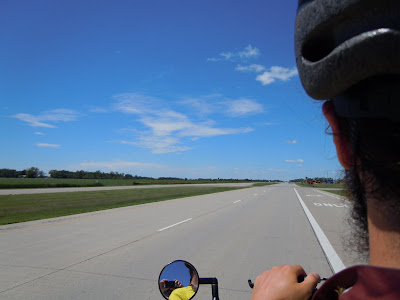